Canine Parvovirus: What You Need to Know

Home » Canine Parvovirus: What You Need to Know 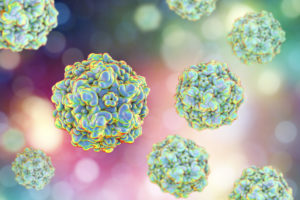 How do dogs become infected with parvo?

Dogs become infected with parvo when they ingest very small amounts of virus in the stool from infected dogs.  Because canine parvovirus has been around since the 1970s, the virus is widespread in the environment, including carpets, parks, yards, and floors.  The virus is shed in the stool of infected dogs for up to 30 days, and it can stick around in the environment for months depending on the temperature and humidity.  Some dogs can become subclinically infected with parvovirus.  Because they do not show signs of parvo, they are not isolated from other dogs and serve as a source of infection to other, more susceptible dogs.  Parvovirus is literally everywhere, and it is very difficult to prevent exposure to parvo. 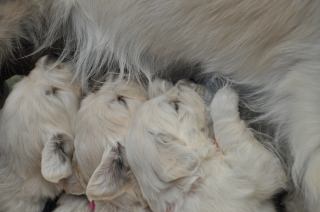 When puppies are first born, they are incapable of forming antibodies which protect against disease.  Without protection, any infection could invade their body and be unchecked by the immune system.  Nature has solved this problem in that mother passes on maternal antibodies to her puppies through colostrum, which is a type of milk that is secreted for the first 1 to 2 days after birth.  How much antibodies or colustrum each puppy gets can vary based on their order of birth, how vigorously they nurse, or the strength of mom’s immunity.  With time, the antibodies that the puppies get from their mother’s colostrum fade.  At this time, if a puppy is exposed to enough virus, they can become infected with parvovirus.  Sometimes, there can be lag time between the waning colostral antibodies, exposure, and vaccination.  As colostral antibodies decline, there is a period of time when the antibody numbers are not protective but prevent vaccination from being effective.  This is a reason for giving a series of vaccinations because the timing of the susceptible window depends on the amount of colostral antibodies.   Read below for our vaccination recommendations.

How does parvovirus work?

Following exposure to parvovirus, there is a 3 to 7 day incubation period before the puppy shows any obvious signs of illness.  When the virus enters the body, it seeks out the closest rapidly dividing cells.  It travels to the lymph nodes in the neck and replicates to large numbers.  Once large amounts of virus are produced, it is released into the bloodstream.  The virus then seeks out new organs with rapidly dividing cells: the bone marrow and intestinal cells.  In the bone marrow, the virus destroys the young cells in the immune system, which decreases the body’s defense against the virus and ensures free reign of the virus on the intestinal tract.  Because of the effect on the bone marrow, white blood cell counts are often low in patients with parvovirus.

Parvo’s greatest amount of destruction occurs in the GI tract.  The intestines contain finger-like projections called villi, which increase the surface area for absorption of nutrients and fluid.  These villi are replaced frequently with rapidly dividing cells at their base called the crypt of Lieberkuhn.  Parvovirus attacks and destroys this crypt.  Without the ability to replace the intestinal villi, nutrients and fluid cannot be absorbed and large amounts of diarrhea occur as a result.  This also often causes nausea or vomiting.  Without treatment, parvovirus kills puppies by one of 2 methods: 1) Diarrhea and vomiting, resulting in severe dehydration, shock, and ultimately death.  2)  Destruction of intestinal barrier resulting in invasion of bacteria throughout the body and death from septic toxins.

How is parvovirus treated? 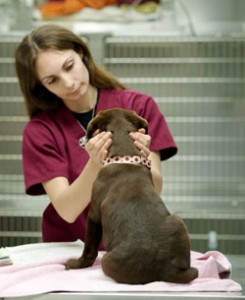 Treatment of parvovirus is focused on supportive care.  This means that the clinical signs associated with parvo (vomiting and diarrhea) are managed long enough for the dog to mount an immune response against the virus.  Without treatment, the mortality rate for infected dogs is greater than 90%.  With early detection and aggressive treatment with IV fluids survival rates approach 80-95%. Treatment involves a minimum of 5 to 7 days of isolation and hospitalization, which can result in considerable expense.  There is no specific anti-viral therapy for parvo.  Treatment is focused on IV fluid therapy.  The IV fluids help maintain the hydration of the patient throughout the vomiting and diarrhea and help decrease the metabolic effects that can ultimately cause shock and death from parvo.  Patients are also given antibiotics as parvo causes a loss of intestinal barrier, which can result in invasion of bacteria throughout the body.  Parvo is also often treated with appetite stimulants and prokinetics which help move food through the intestinal tract.  Many animals have to be force fed for several days via a nasogastric tube or syringe feeding.  Patients with parvovirus are extensively monitored with frequent exams and repeat bloodwork to monitor white blood cell counts.

Home treatment of parvo is not recommended when compared with hospitalization as mortality rates increase significantly in patients that are treated at home.  If financial concerns prevent you from hospitalizing your puppy, some patients can be treated at home with fluids that are given under the skin and injectable medications. 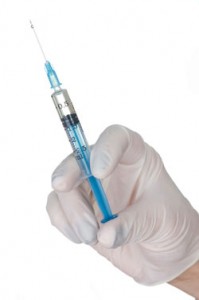 By far, the best way to prevent parvovirus infection is through vaccination.  Because parvovirus is so widespread, it is futile to simply try to prevent exposure of your puppy to parvovirus.  Current guidelines by the American Animal Hospital Association (AAHA) recommend that puppies be vaccinated for parvo starting at 6 weeks of age, with a booster given every 3 to 4 weeks until 16 weeks of age.   Parvo immunization is usually given as a combination shot with other “core” vaccines including Distemper, Hepatitis, Leptospirosis, and Parainfluenza.  Puppies should not be taken to public parks or outdoor areas until they have received their full series of puppy immunizations.

The following is a table that compares the cost of treatment of parvovirus at our clinic with the cost of vaccination or prevention of the disease:

*Prices are based on our clinic and will be different at other veterinary clinics.

As you can see in the table above, the cost of prevention of parvo with vaccination is considerably less than treatment.  At our clinic, we believe that an ounce of prevention is worth a pound of cure!  The cost of vaccinating a puppy is minimal when you compare it to the high risk of exposure, the pain and suffering as a result of parvovirus, and the significant cost of treatment.  Please follow our vaccination guidelines for puppies as stated above to prevent this terrible and widespread disease.